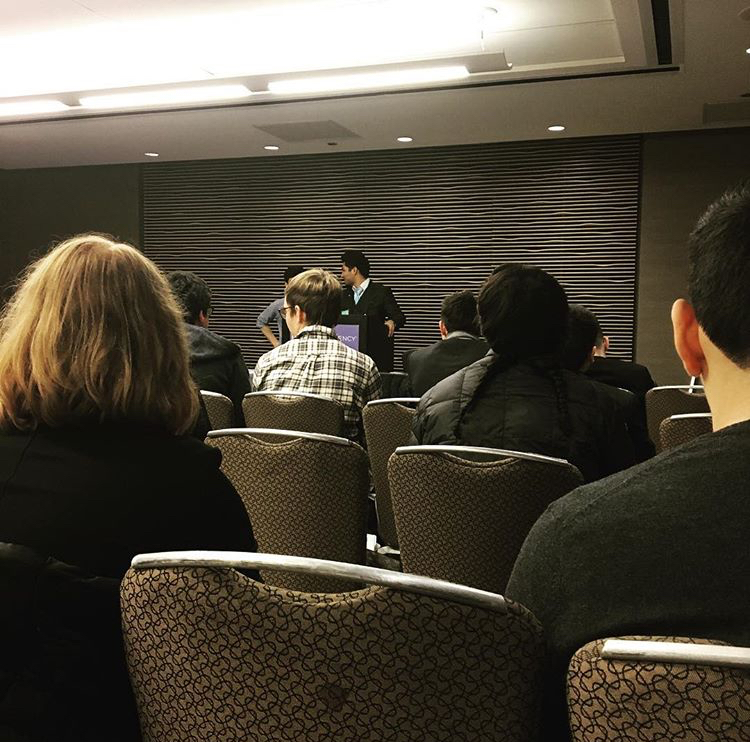 At first glance, the Model United Nations club is a bit confusing. For the average student who knows absolutely nothing about the United Nations or the way it works, the concept can be difficult to grasp. However, the members of Zionsville Community High School’s Model U.N club have managed to navigate their way around.

“Conferences usually have you sitting in the committee room,” Robert Quigley, sophomore, said. “You raise your place cards to be picked, and you give speeches. There’s a lot more to it, but that’s just the basics.”

Beyond the basics of getting picked and giving speeches, members of Model U.N become more immersed through acting as real countries.

“Basically, at a conference, you’re taking on the role of a delegate from another country, or, in rare cases, a specific person,” Brenna Ackert, junior, said. “You take on a role in a certain U.N committee. You could be Denmark in the Economic and Financial Committee, or Chuck Grassley in the U.S Senate.”

Model U.N meetings are referred to as ‘conferences’, and they make up a large part of what the club participates in.

“[At a conference] you’re given a list of topics ahead of time that you might be discussing and your goal is to write a resolution for each of those topics that benefit the countries in the committee while debating with other people over their views and the best solutions,” Ackert said.

The Model U.N club at ZCHS has been very busy this year, though many students may not have noticed. The club has traveled to multiple colleges and even crossed the state border to attend conferences in Washington D.C and Chicago.

“This semester, I traveled to Chicago,” Quigley said. “Out of all of [the conferences], Chicago was my favorite, because of hanging out with my friends outside of committee and going sightseeing during free time.”

Even though Model U.N might seem like a high-stress politically-centered club, the members do not find themselves struggling or stressing out. In fact, they find the club itself stress-relieving.

“The traveling part keeps Model U.N from feeling like a chore,” Ackert said. “If all of our conferences were close to home, it might not have the same effect. However, being away from home can help immensely.”

Since the members of this club must have some basic political knowledge and be very involved, it is safe to assume that they might be considering careers in politics. For Quigley, however, this is not the case.

“Model U.N is fun, but I’m not considering it as a career option,” Quigley said.

Ackert, on the other hand, has Model U.N to thank for opening her eyes to a career in politics.

“I definitely plan on entering to a profession relating to the United Nations,” Ackert said. “I would like to major in Political Science and then go into law school. I hope to have a role in government someday, whether it be as an ambassador to the United Nations, or even something like being Secretary of State. I know that’s a pretty hard job to get, but a girl can dream.”

Along with opening Ackert’s eyes to new career paths, it has also provided her with invaluable experience and some lessons in working hard.

“Model U.N isn’t as tough or scary as it seems,” Ackert said. “By the end of the first session, debating and writing working papers just seems like second nature. Model U.N takes a lot of hard work, but it’s absolutely worth it. You gain incredible skills from being a delegate, and the experience is something that definitely lasts a lifetime.”