Snuffing Out The Bias 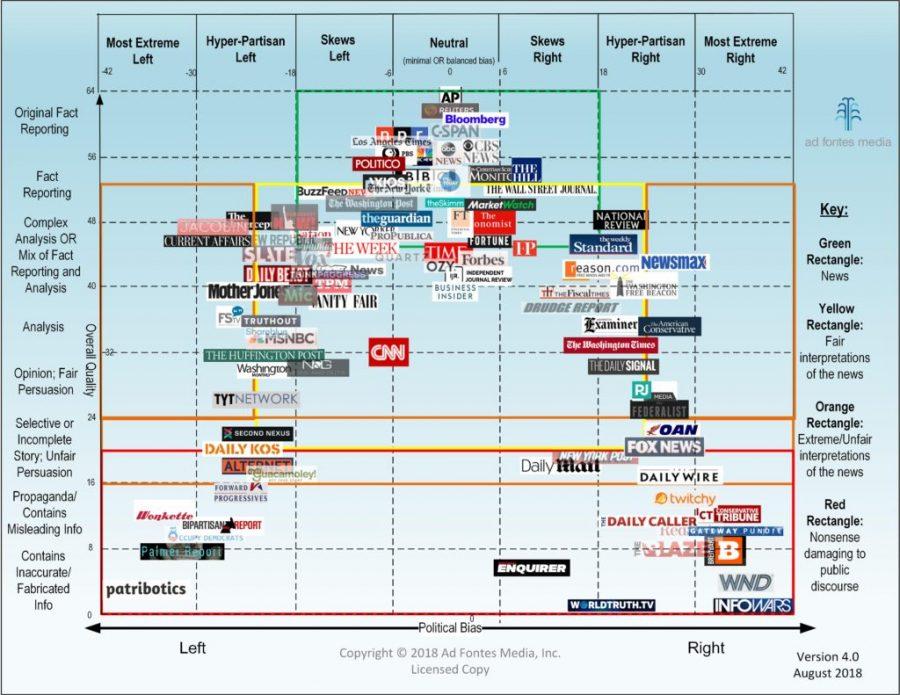 Many people today struggle to detect news bias and tell what media outlet is leaning which way on the political spectrum. With all the different news sources covering the same topic or event, it can hard to tell if the article is trying to attack or make one side of the political spectrum better than the other.

After the recent tear gassing of Hispanic asylum seekers at the Mexican-American border not so long ago. Three news sources, CNN, Fox News, and BBC were quick to report in this event, with all publishing a story within 24 hours of the event. The dramatic differences between the three articles began with the opening sentences, but especially between Fox News and CNN. Fox News opens up the article with:

“More than 500 criminals are traveling with the migrant caravan that’s massed on the other side of a San Diego border crossing, homeland security officials said Monday afternoon.”

While CNN opened with:

“What started as a peaceful march spiraled out of control. Migrants set out toward the border Sunday morning from a sports complex in Tijuana, Mexico, where most of them have been staying as they wait for the chance to seek asylum in the United States. Their aim, organizers had said, was a peaceful protest.”

Here, it is clear how both news organizations stand on this event and the issue of illegal immigration overall after reading the first few sentences of only one article from each respective website.

By claiming some of the immigrants are “criminals” it is clear that Fox News, the right-leaning likely takes a position of a more secure border and wants some type of immigration reform. CNN, a left-leaning media by opening their article noting the protest was apparently “peaceful”, CNN likely supports an easier way of immigration to the U.S. and a less secure border.

BBC on the other hand mostly stuck with more of a fact-based article and bullet-pointed all of the events that transpired at the border.  They mainly noted on what president Trump and his administration has said about the topic and did not include interviews with people that may have skewed views to one side or the other.

According to a media bias graphic compiled by AdFontesMedia, all three sources mentioned above are nowhere near each other as expected, in that their political views do not align closely at all but it is interesting how they rank the sources. Fox News, is labeled as, “Hyper-Partisan Right”, and their quality of their reporting as, “Extreme and/or unfair interpretation of the news” For CNN, AdFontesMedia labels them as skewing a little bit to the left, and a hybrid between opinion/fair persuasion. Lastly, BBC was labeled as neutral and is all fact reporting according to the chart.

Although you can always reference the chart there are other strategies to use to see media bias.

“A great strategy to use is comparing headlines from different sources to see how they using their wording.” Said, Craig Callahan, a current history teacher at ZCHS.

Another strategy you can use is to watch if one outlet is covering a recent event that maybe another news source may not cover to political interest.

“CNN may be all over one subject while Fox News or another similar source may not even mention during their show and vise versa,” said Callahan.

Lastly, another strategy that can be used to evade media bias is to watch broadcast news stations’ night shows like ABC World News Tonight, and NBC Nightly News.

“These programs are good to watch to avoid any sort of bias because they tend to want to attract a large audience, so they will cover all news that is from both sides,” Callahan added.

Whether consuming content from outlets such as CNN, Fox News, BBC, or any other source, it is always a good idea to consider the potential of any sort of bias, no matter where you fall on the political spectrum.